Auckland’s Best Shopping Malls and Why We Love Them!

How old were you when you were told the shopping mall was no longer cool?

I was around 19, at university getting a Bachelor of Art majoring in geography (the human kind), and hooking up with sanctimoniousness vegan protester who enjoyed little more in life that kale and authors that ‘you definitely would not know.’

This was way back in the day, in the early years of the new millennium, when Y2K had failed to bring down society, shopping on the internet was becoming a thing, and the slow death of the shopping mill was a foregone conclusion.

And yet, here we are, in the 2020s, with our robotic vacuums, Smart Watches, drones and zoom video calls, still flocking each weekend to the grand nexus of consumer-capitalism.

It turns out, the prophesized demise of the mall that river of ink has been spilled about hasn’t quite come to pass — and Auckland’s shopping malls aren’t relinquishing their cultural-institution status without a fight.

In fact, it seems recently we have been awash with new mall openings and redesigns, albeit with a focus on dining and entertainment to secure their status as a social meeting place in the world obsessed with transitioning everything to the cyber realm.

I mean, when’s the last time you tried to find a car park at Sylvia Park or Albany on a Sunday afternoon?

From outdoorsy Botany Town Centre concept and Westfield’s revamped Newmarket behemoth to inner-city-chic Commercial Bay and cut-price Dressmart, this unflappable alters of commerce have begun to reflect the cultural tastes of their respective communities in an attempt to make themselves unique and connect people and place (turns out that geography degree wasn’t all a waste).

And as a result, Aucklanders are re-embracing this new concept of what a shopping mall is and can be. We know we are, and proudly! Here are our favourites.

Botany Town Centre is designed for those who want the convenience of a impeccably clean shopping mall but the aesthetics of the small main street town. It’s green and leafy, the streets and promenades are brick, the various areas each look distinct and enticing, and there are even eateries which have seating spills outside; Paris-style.

Dare we even say Botany Town Centre is romantic? No, we won’t – but it is incredibly different from the other shopping malls in Auckland, and doesn’t get enough praise.

It opened in 2001, but its thunder was stolen by the opening of Sylvia Park just a few years later. After all, who wants to head further East when you can get everything you need just off the Southern Motorway. But Botany’s charm and community-minded spirit saved it (there is a 24/7 doctor’s surgery, citizens advice bureau, and public library here), along with a population explosion from new subdivisions in the surrounding area.

Now in the middle of the three-stage expansion including Market Square and Garden Lane concept, and set to be the terminus for the Eastern Busway rapid transit it’s safe to say – Botany Town Centre is back baby!

You’ll find all the essential here with Hoyts Cinema, Farmers, Briscoes, H&M, Hallensteins and JB Hi-Fi — but nothing too ‘special’ you wouldn’t find in any of the other big shopping malls in Auckland. Well, they do have the only Teppanyaki in a mall in Auckland, which makes for a great date night before the movies…

The shopping experience at newly-opened Commercial Bay in the CBD is uncommonly pleasant. The elevated sky terrace has beautiful views of the surrounding glass skyscrapers and harbour, the stores are a sublime mix of luxury and boutique brands that make for compelling peeking around along, and there is plenty of cute coffee spots to hand out. Two of our favourite CBD cafes are even located here.

It’s an especially useful destination for gift-hunting, because there are tons of unusual opportunities to buy things other than clothing (not so at all malls), and many stores you won’t find anywhere else in Aotearoa. Ever-popular Dutch clothing store Scotch & Soda recently opened a fun flagship here, as did Aussie bootmaker R.M. Williams and American Calvin Klein (which apparently sells more than just the underwear we keep seeing Justin Bieber in).

There’s Creative & Brave, an entire shop dedicated to representing local makers, artists and designers; Città selling a carefully curated edit of textiles, furniture and lighting and Harbour Eats has just about every kind of food gift imaginable. Aēsop, Aotea Made, and Ecoya cover the pretty, nice-smelling self-care treat categories. At night, there are hip spots like the vibrant mezcal and tequila bar Ghost Donkey and modern NZ fine dining at Ahi.

Auckland’s newest retail, hospitality and commercial district, Commercial Bay is the shopping mall of the future, and one place we are utterly obsessed with.

While many of Auckland’s best shopping malls are more focussed on attracting luxe boutiques and exuding high-end appeal, Dress-Smart does one thing and one thing well: name-brands at discount prices.

Based in Onehunga, Dress-Smart is NZ’s largest outlet shopping mall with over 80 brands to choose from with everything from clothes and shoes to luggage and homewares. This isn’t the kind of place you go for brunch or a social drink with friends, but if you are looking for a stylish new top for that next big night out, a new pair of running shoes or a new suit to impress the colleagues — and want a bargain — this mall is for you.

There are a few international fashion brands such as Mi Piaci and Cue, along with well-known sports brands such as Adidas, Nike and Puma. You’ll also find Kiwi favourites like Glassons, Barkers, Hallensteins, Huffer and Rodd & Gunn. It can all be a little chaotic, and the figure-8 layout is sure to disorientate – but Dress-Smart is truly a bargain hunters paradise.

The distinguishing factor with Sylvia Park is the outdoor offshoot known as the Dining Grove where you can ‘dine around the world’. There are eight restaurants to choose from, with creating a buzzing energy not common in Auckland’s suburban malls – though Commercial Bay and Newmarket Westfield have since blown this out the water with their own dining opportunities.

Built in the early 2000’s, the Sylvia Park mall itself is large and has most of the chain retailers you would expect, but also has an office block and train station access. It was the place for fashion when it opened, and is still known as a mecca for mainstream brands with over 200 stores.

Both Zara and H&M choosing it for their first New Zealand locations and is currently finishing up on an upgrade that will incorporate a two-level Farmers department store, a range of new local and international brands (how many more can there be??) and a fresh new dining concept.

And there is Tokyo Liquor, an entire store dedicated to Japanese Sake, Umeshu, Beer, Whiskeys and Liqueurs, so that’s obviously worth a trip, right?

The best shopping mall on the North Shore, Westfield Albany was opened in 2007 amidst much fanfare thanks to its new approach that was a step away from the inward-looking shopping centres built around New Zealand in the 90s.

Fuelled by tremendous population growth in the surrounding area, Albany was an instant success and has gone from strength-to-strength in the preceding years, with a good mix of leisure and entertainment with an emphasis on public spaces. It is still very much a suburban mall, but a pleasant one, and is home to some of New Zealand’s best-known retailers including Farmers, Kmart, and JB Hi-Fi as well as Event Cinemas and roughly 140 other stores.

There are kids play places at both ends of the mall, making it a firm family favourite, and an extensive array of pubs, takeaways and select dine-in options. In the ongoing Mall Walls Of Auckland, Westfield Albany shopping centre is currently being eyed up for a redevelopment which will likely see it become trendier and lifestyle focussed – but for now it basically every large Kiwi store you could imagine.

Of the most modern Auckland malls, newly-revamped Newmarket Westfield has to be our best all-rounder and has a bit of everything. There’s a mix of shops from Barkers and Country Road to Dangerfield’s and Forever New, so you can pick up something fashionable at any price point–and indulge in some posh window-shopping even if you’re not planning on maxing out the credit card at the luxe boutiques.

The results of its years-long renovation project have seen a total transformation. In addition to a new façade and new building, the interior is much brighter and outfitted with contemporary furniture and an abundance of greenery and design. There is even a two-level airbridge, rooftop dining precinct, arcade-bowling-bar, gym, karaoke booths, multiple food courts and soon-to-be-opened move theatre.

The new opening saw the quadrupled the number of retailers and far more car parking — which is free for a certain amount of time using the Westfield app — making it New Zealand’s biggest shopping centre by indoor floor space.  Some of the new flagship retailers include Australian furniture brand Coco Republic’s (their first New Zealand store) and Auckland’s first David Jones store.

Restaurants including the Bavarian Beer Hall, Inca Ceviche, Leafe Cafe and Master Bao offer dining options far better than your typically-questionable “mall food,” guaranteeing that while you may get shopped-out, you shouldn’t be hangry.

Food & Drink Things To Do

15 Speciality Auckland Coffee Roasters That You Need To Know About! 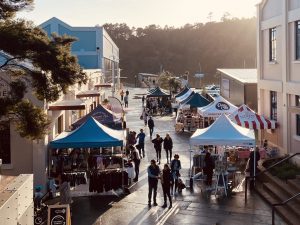 Food & Drink Things To Do 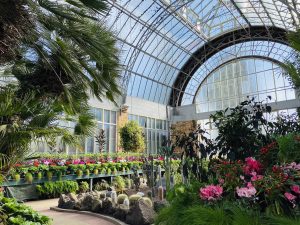 The 14 Most Beautiful Gardens In Auckland You Can Visit!