15 Best Nightclubs In Auckland To Dance The Night Away 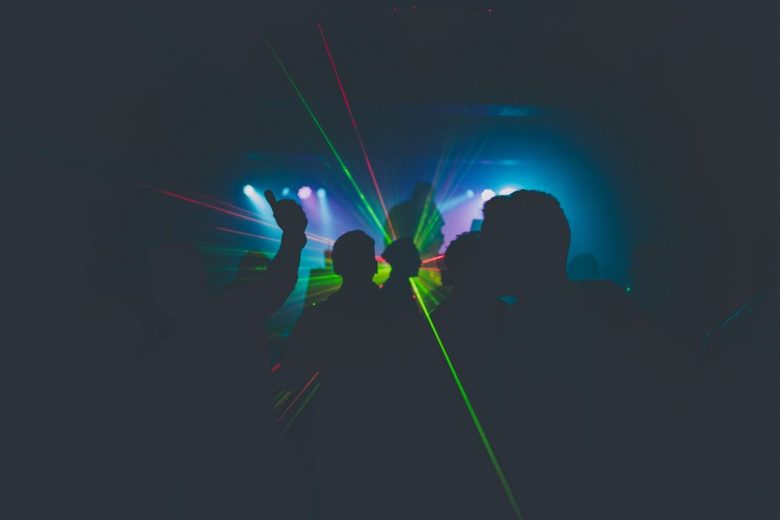 Are you yearning for a night out? The best nightclubs in Auckland promise late-night drinking, the best DJs, dancing and debauchery.

Most dedicated clubs are found around the downtown/ Britomart area and Karangahape Road (K Road to us locals). No matter what type of music you’re looking for, there’s a club on this list for you.

What makes the perfect night club, however, depends on you. Your age, tastes, noise tolerance, musical and even sexual preferences — we haven’t forgotten our LGBT+ friends with this list!

What is the “best place” for one person will not be the “best place” for another person, especially when it comes to nightlife. But we have tried to include a little something for everyone. Below we’ve listed some of Auckland’s most popular nightclubs, with a short description and their location to get you started.

But, you’re going to have to pregame first. Book into a Queen Street hotel, fill up with a dinner at one of the best restaurants in Auckland before visiting one of the cocktail spots in Auckland for a few drinks — now you’re all set for an awesome party night.

The ideal cure to a busy week, hit the pumping dance floor and let loose, maybe even with some overpriced shots  — YOLO, as they say.

Home to some of the best electronic music in the city, the AV Club is an excellent spot for a genre of music often underrepresented in the Auckland nightlife scene.

Events are listed on Facebook, which gives you a guide to the vibe of each gig, which can vary quite a bit and features D&B, electronic, house and party music. The outside area is nice for cooling off and stepping away from the music for a bit, which you’ll often need as the dance-fuelled parties get packed.

Bar 101 is the only true student nightclub in Auckland and is one of the city’s most popular dance spots for those aged 18 to 25.

The DJ definitely knows the pulse of the crowd and play music that gets everyone dancing. In need of a little TLC, there is a subterranean basement level and more open-plan bar upstairs. Wednesday nights are always pumping (student night!), with free entry and ridiculous drink specials.

If the cheap drinks don’t hit you hard the bass from the speakers promises too.

Cassette Nine is a quirky, alternative bar and nightclub in Auckland renowned for their sharable teapot cocktails and numerous live music activities. A place for hipsters, club kids, and everyone in between, this multi-faceted space trades in art, mischief, music, difference, drama and eccentric characters.

Low lit and bassy af, the range of music here are as eclectic as the clientele with local and international bands and DJs, and various music nights including Latin and House. Extremely funky with a little bit of everything including a dance floor for those who want loud music and dancing, a techno room and a balcony for a respite from dancing.

Auckland’s hottest Asian nightclub located in the epicentre of Chancery. A cavernous space filled with laser lights and plenty of room in front of the DJ station, Face Club knows how to bring the party to life.

The luxe booths and VIP service are popular options. Everyone is welcome here; while impressive audio-visuals and professional staff ensure the crowd is wild and always busy!

Hit up the bars on K Road on your way to Family for a big night out. The largest gay nightclub in Auckland has been a go-to club for over-the-top dance parties since the early 2000s. Hit the dance floor, support the gay agenda or catch a view of the action from the platform off the main floor.

Open later than many of the inner-city’s nightclubs; Family offers a night out few venues in the city can rival. Many in Auckland’s LGBT+ community feel they’re losing something unique with an influx of straight men here, many of who do not respect Family as a queer space. We love inclusivity and hope anyone that heads here would respect the community too.

Saturday is the hottest night of the week, as crowds queue up for cutting-edge music, fabulous drag shows and wallet-friendly drink specials.

Impala is undoubtedly one of Auckland’s top nightclubs, located in a basement on Shortland Street in the CBD where the famous (or should that be infamous?) CODE was just a few years ago.

As you descend down the stairs from the stately entrance you have the feeling that you have arrived. With a layout built from the ground up —around a raised DJ booth sits two lounge spaces and a “no-compromises” sound system. The best of the underground, cutting-edge house and techno DJs ensure this space is filled every Friday and Saturdays.

Infinity is one of Auckland’s top urban nightclubs, located in the heart of the CBD just a few blocks from the Skytower. They are only open Wednesday, Friday and Saturday nights and are known for everything from hip-hop to RnB.

There is one main dancefloor with pulsating vibes and a heavy rotation of DJs weekly smashing beat after beat. Event parties throw in everything from Afro beats and Reggaeton to Trap and even Funk Carioca.  With a mixture of cultures and styles, the dance floor is always lit and has a lot of visual support.

There is also an exclusive lounge tucked away behind curtains with three elevated booths for big spenders.

Located in the heart of Auckland’s alt party district, K Road, Ink has been the go-to club for house dancers and tech ravers for over two years.

No bottle service, VIP lounges, or cutting-edge fashion here: This K Road hotspot offers a more casual vibe with eclectic late-night dance parties that have made it the go-to club for house dancers and tech ravers for over 20 years. It’s not flash, but Ink Bar is all about the sound, hosting frequent international arts and resident DJs every Friday night.

With a capacity of 150, Ink has a casual lounge, compact dance floor and small courtyard for breathers.

Club Kong had taken the Auckland club scene by storm when it opened in Britomart almost a decade ago, though has lost a little of its lustre in recent years with the opening of Roxy and Saturdays around the corner.

Still, Club Kong offers a sophisticated night out, with a bassy sound system, modern lighting system, private booths and an impressive VIP lounge. The clientele is a bit more moneyed here, or at least that’s the impression they seem to be going for, which isn’t that surprising given the surrounding area.

Always fun, Kong has a range of music with party and pop music with a diverse line up of great DJ’s.

One of Auckland’s many restaurant-come-bar-come-nightclub amalgams, Long Room isn’t really a nightclub, but its position in central Ponsonby ensures a crowded dance floor each night. As the best dance spot in the area, we have included it as Auckland nightclub option.

No one under the age of 22 is permitted, and the bouncers are notorious for denying those is casual dress. Still, Long Room has a loyal following of the mid-20s to 30s professionals and is open till 3 am on the weekend.

Neck of The Woods

A bit of everything, Neck of The Woods is an 80s-inspired popular live music venue, gallery and community space located on Karangahape Road. Their underground late-nights gigs always puts good vibes first and focus on showcasing eclectic independent local and international acts.

Always great live acts, with a particular penchant for drum and bass, Neck of The Woods is dynamic, spacious and ultra-cool. Not the sort of place you go for just one drink, but rather an all-night spell of sensualism in a safe and inclusive environment.

A new club on the block, Round 6 is a great place to fire up your night in the heart of the CBD with a rotating door of some of the best DJ’s New Zealand has to offer.

The range of events offers everything from progressive, trance and good vibes to reggaeton, Latin hits and salsa! Still very much finding their groove, check out their event of the night to see if it appeals to you.

Sitting in the lower level of a historic theatre featuring signature cocktails, DJs & a rooftop deck, this luxe Auckland nightclub hosts regular DJ nights and offers bottle service, a slew of regulars, and lively dancing for party-goers looking to get wild.

The current ‘go-to’ nightlife spot in Auckland for those who want to see and be seen, (think Max Key and a clique of ‘elite’ aspiring entrepreneurs) you’ll either love it or hate it — but there is no denying Roxy is like no other space in the city. Split across two levels there is an upstairs deck and mezzanine for socializing and a lower level dance floor with top local and international DJs.

A century ago Roxy might have been the city’s first movie theatre, but today it is very much in its heyday.

Sapphire Nightclub is situated in the heart of Auckland City — Fort Lane. The nightclub has made a considerable impact in its brief lifespan and adds to the RNB and Hip-Hop culture this laneway has been growing for decades.

The Sapphire team, after establishing their position in the Auckland nightclub scene through events, planned to makeover a specific space (the space used to be Flight Lounge).  Professionally fitted out with a state-of-the-art dynamic lighting system, VIP booths and an utterly fresh bar, Sapphire delivers a stylish nightlife experience for a young crowd looking to dance the night away in neon-tinged ecstasy. ​

Saturdays is tucked away off a lane in Britomart and is a popular spot for dancing until early morning, with a focus on fun and not taking anything too seriously. Earlier in the evening Saturdays at Britomart is popular for after-work drinks and small bites.

Later at night, it transforms into a pulsating club space with DJs hitting out banger after banger and space for 200 revellers. Even being one of the biggest clubs in Auckland, capacity is often an issue on the weekend with huge lines on both sides of the laneway forming for entry. Get on the guestlist for a smoother entry. 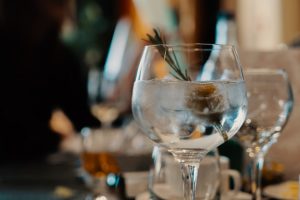 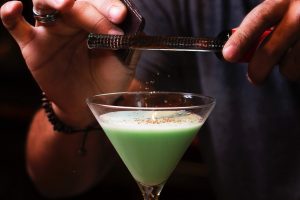